Top
You are here: Home / Biz Tips and Tricks / The Most Powerful Productivity Tip of All Time

The Most Powerful Productivity Tip of All Time

We could all use a few more hours in the day. But, is it possible that you’re just not making the most of your hours? Everyone is limited to 24 hours per day – it only makes sense that the people getting the greatest productivity from those hours are going to win the game of life.

Here’s the most powerful productivity tip you’ll ever read: Always do the most important thing first.

How simple is that?

Most of us make the mistake of putting off the most important tasks of the day because they’re often not enjoyable. However, you’re at your best earlier in the day. When you do the most important task first, you’re ensuring that it gets done. You can’t run out of time if completing it is your highest priority.

Getting the most important thing completed each and every day is one of the best ways to guarantee your success. Begin building this important habit. It will take your life to a new level of accomplishment.

Get the resources to managing motherhood while building a profitable mom biz.

This site uses Akismet to reduce spam. Learn how your comment data is processed. 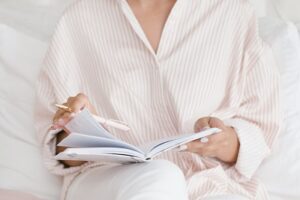 Welcome to Profitable Mom Biz! Your guide to making money while balancing motherhood.

Receive helpful tips and tricks on how to build a profitable mom biz.

Popular on the blog

Your guide to making money while balancing motherhood.